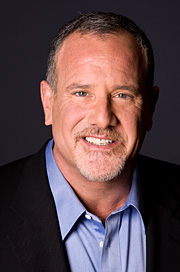 Howard Bragman has been a communicator, educator, entrepreneur, writer and lecturer for more than two decades. Bragman founded a strategic media and public relations agency, Fifteen Minutes, in 2005.

Bragman founded Bragman Nyman Cafarelli Public Relations and Marketing (BNC) in 1989. The company is one of the most respected public relations agencies in the United States with billings of more than $15 million annually and a blue-chip client roster of celebrities, consumer products and events. In 2001, BNC was purchased by Interpublic, one of the world’s largest marketing holding companies.

Bragman was also an adjunct professor of Public Relations at the University of Southern California’s Annenberg School for Communications for six years. He has been honored for his teaching excellence by his students and the University.

As a nationally respected crisis counselor, he has provided litigation support for a significant number of high-profile cases and individuals. These include: Joseph Steffan who was kicked out of the US Naval Academy for his sexual orientation; The Lewinsky Family; and Sharon Smith in Smith v. Knoller, a high-profile civil rights and justice trial involving a tragic dog mauling death.

Bragman created a visually directed media preparation manual aimed at young actors that was standard preparation for all actors at Nickelodeon Movies and Television. He has media trained hundreds of people including actors, CEOs, physicians, elected officials and attorneys.

Bragman has written bylined articles for publications including: Advertising Age, The Advocate, The Los Angeles Times and Playboy. A frequent television guest on issues involving the entertainment industry and popular culture, Bragman has appeared on local and network news programs more than 100 times including Oprah, The Today Show, CNN, ABC, CBS, NBC, MSNBC, CNBC, Fox and E, as well as in hundreds of national magazines and local newspapers. He has been a featured speaker for numerous groups including The US Conference of Mayors; The UJC Youth Congress; and many others.

Howard Bragman was born and raised in Flint, Michigan and graduated with a B.A. from The University of Michigan, in Journalism and Psychology in 1978. Previous to starting his agency, he was a vice president in the Chicago and Los Angeles offices of Burson-Marsteller Public Relations. He resides in Los Angeles with his partner, Chuck O'Donnell, a nationally-respected horse trainer.

Michael Levin is an Amherst College graduate and Columbia Law School-trained attorney whose publishing career includes a remarkable 45 works-eight novels, eleven works of nonfiction, two dozen ghostwritten books, and also a commissioned screenplay and the script for a DVD series.

He has published with Simon & Schuster (three novels) and Putnam/Berkley (two novels), with Beacon Press, Random House, St. Martin's Press and Pearson Educational. One of his novels became an ABC Sunday night Disney movie of the week. He has also contributed to the New York Times, the Wall Street Journal, the Los Angeles Times, the Boston Globe, the Orange County Register, Writers Digest, CBS News, and many other outlets and publications. A former talk radio host and syndicated columnist, he is a member of the Massachusetts bar.

Michael's books have received outstanding reviews in The New York Times, the Los Angeles Times, the New Yorker, People Magazine, the Washington Post, the San Francisco Examiner, Publishers Weekly, Library Journal, and Booklist, and other publications from coast to coast.

His articles, opinion pieces, and reviews have appeared in the New York Times, the Wall Street Journal, the Los Angeles Times, the Boston Globe, Buzz Magazine, CBS News, the Jerusalem Post, and the Columbia Journal of Law and Social Problems, among other places. One of his New York Times opinion pieces was anthologized in a college textbook on writing. He has served as a consultant on creativity to the NBC and WB Television Networks and to the largest law firm in Los Angeles, Loeb & Loeb; and as a faculty member at UCLA (1990-2001) and New York University (1997-2000).

He also consults to a broad variety of authors, ranging from international bestsellers to individuals seeking to become published authors. His clients and students include five bestselling authors. Among them: Patricia Aburdene (Megatrends and Reinventing the Corporation); Sheneska Jackson and Jenoyne Adams; and Maureen Quinn, who wrote a novel under his direction and sold screen rights to Janine Turner of TV's Northern Exposure, and many others who sold their novels-often their first novels-to major publishing houses.

Levin has also worked with individuals on a psychiatric unit (for two years); in hospitals, prisons and jails; in public schools across the country; and in a homeless shelter.

Bestselling author Scott Turow says, "Michael Levin is a discerning-and kind-writing coach who has won consistent plaudits from the many persons I've sent his way."

Dan Poynter, author of The Self-Publishing Manual, says, "Michael Levin shows writers exactly what they need to do to avoid rejection and find agents and publishers. I highly recommend him."

Lew Hunter, former chair of the UCLA Film Department, describes Levin as "the greatest developer of prose talent I have ever known." 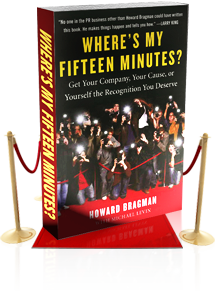 When you're on the ropes you want Howard Bragman in your corner."